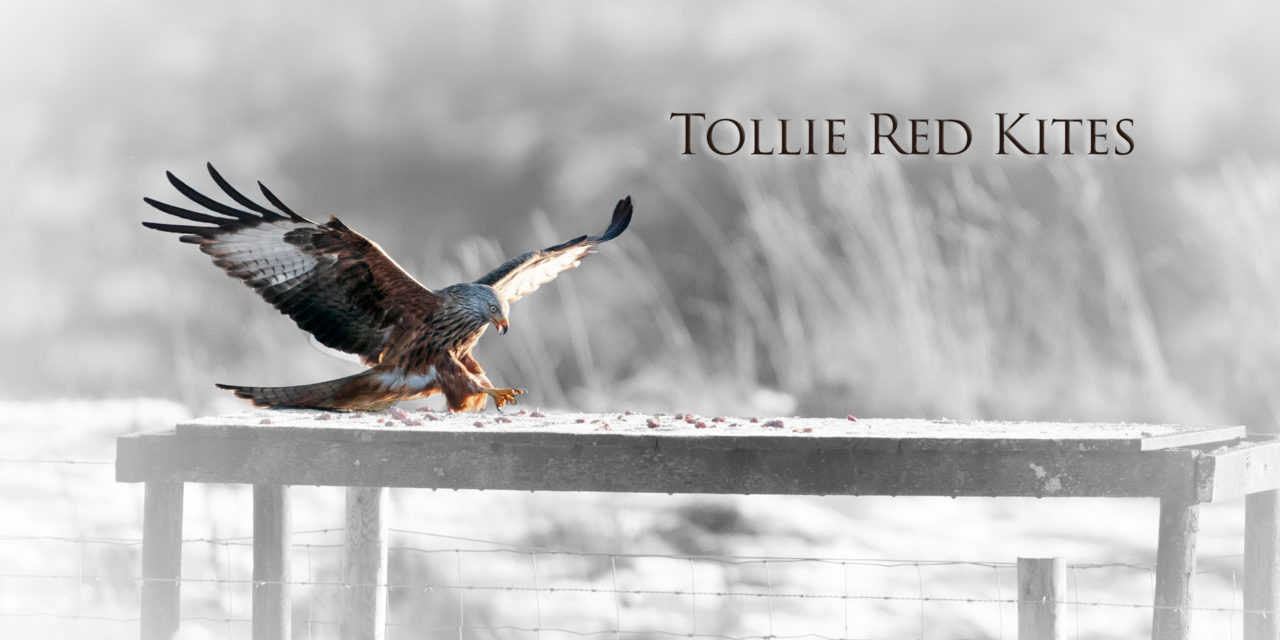 Once extinct in England and Scotland, this incredible bird of prey, distinctive with its reddy-brown colour and forked tail, is now thriving. And what’s more, you are almost guaranteed a sighting at the Tollie Red Kites Reserve. Moreover, it’s not just red kites that you’ll spot at this reserve. There are plenty of smaller birds flitting around and other birds of prey that may grab your attention.

Once a common sight in Britain’s medieval times, red kites suffered a drastic decline due to bounties being paid for their carcasses. The red kites were thought to carry and spread disease and were treated as vermin. As a consequence, in 1871 the red kite became extinct in England. By 1879 it was extinct in Scotland. In 1903 protection efforts began with only a few pairs of red kites left in remote parts of central Wales.

Today, they are once more gracing British skies after a successful reintroduction and conservation program.

Read on to find out more:

A Visit to Tollie Red Kites

Even before we arrived at Tollie Red Kite Reserve, we knew we were in Red Kite territory. We’d seen two gracefully soaring through the air over the Muir of Ord (Muir = moorland), where we were house-sitting. As we approached the reserve, two magnificent red kites sat perched together on a tree in front of us. We stopped to take a photo, but as soon as we opened the car door they were off.

The feeding of the red kites was taking place at 1.00 pm at the centre. However, we arrived early to walk to nearby Loch Ussie.

The car park at Tollie Red Kites was covered in snow and black ice, but luckily the trail to the loch was mainly snow, so not too slippery.

We saw several red kites pass overhead and spotted a deer grazing by the path.

Back at the red kite centre, we spent an hour or so taking photos of the birds around the feeding stations. Robins, blue tits, long-tailed tits, and great tits were just a few we spotted.

Although the Visitor Centre building was closed due to Covid, the outside viewing area was open and the feeding was still going ahead. At 1.00 pm, volunteers of the RSPB arrived to feed the red kites.

By the time the meat was laid out on the table for the red kites, there were about 15 people gathered. Most had cameras in hand or on tripods. Many were locals who regularly came to the reserve.

The food not only attracted the red kites, but a local buzzard was also pretty keen and sat on a nearby tree waiting to glide in for the rewards. Many gulls were circling over the feeding station but seemed reluctant to dive into the spread laid out below them.

We both had our cameras on tripods but did take them off a few times as the red kites circled around the area, teasing us with their presence and calling to each other in their high pitched whistles. The RSPB volunteer went out to the table about four times, over the course of about an hour, adding more meat to entice the kites.

The photographers who were regular visitors were surprised by the length of time it took to coax the kites to swoop in for the food. Some suggested that there were more people behind the outside viewing wall than usual; others that they just weren’t hungry enough.

One of the volunteers told us that once the gulls go in for the meat, it’s normally ‘game on’. So, each time it looked like the gulls were about to dive down for the meat, all cameras turned towards the feeding table like part of a synchronised swimming performance.

Murmurs of, “Here we go“, trickled through the eager crowd.

We had several false alarms.

Just as my toes started to go numb and my camera battery died… it happened.

It was all over.

Beyond frustration at myself for putting my spare battery in the pocket with a hole in it and the absolute rotten timing of it all, I caught flurries of feathers with birds swooping this way and that. A tangled array of white gulls interspersed with huge red kites with their beautiful forked tails swirling in a mesmerising dance.

Thank goodness one of us was on the ball. Luckily Lars caught it all on camera — or this post would be rather lacking in photos of the Tollie red kites!

About the Tollie Red Kite Reserve

The Tollie Red Kite Reserve is about 15 miles northwest of Inverness, in the Northern Highlands of Scotland. It is run by a joint venture between the Brahan Estate and the RSPB.

Local abattoirs supply the unwanted off-cuts of meat which volunteers then chop up and freeze for the feeding of the kites.

Good to Know for a Visit to Tollies Red Kite Reserve

Just a few minutes’ drive south of the Tollie Red Kites Reserve is the entrance to the Brahan Estate Dell. There is a small car park just by the entrance gate, and the Dell is a lovely place to take a walk to admire its ancient trees and the Ross-shire countryside. You’ll also likely spot red kites soaring in the sky above.

But what has made the estate even more interesting is one of the Seaforth’s estate workers of the 17th century, known as the Brahan seer. Apparently, the seer, Kenneth McKenzie, predicted many events that were to happen to the Seaforths, including the death of Lady Caroline Seaforth McKenzie at the hands of her sister.

Also at the Brahan Dell, you will find a 19th-century dog cemetery. The gravestones, including one with a sculptured dog laying across the top, date from the late 19th and early 20th centuries. Many record the dog’s name and the date they died. One that we happened upon had the following inscription:

“In memory of Cruiser. For 15 years the faithful friend and companion of Colonel Stewart Mackenzie of Seaforth. He accompanied the 9th Lancers throughout the Afghan Campaigns 1878-79-80, including the march from Kabul to Kandahar. Born 1878, Died 1893.“

If you drive or walk around the area of the reserve you are very likely to see some of the red kites soaring above you or perched high in the trees. However, a visit to Tollie Red Kites increases your chances of seeing these magnificent raptors and watching them feed is an incredible experience, particularly if you love wildlife. The little birds are fantastic to watch too. Just a short drive takes you to the interesting Brahan Dell with its mysterious seer tale and a walk in the woods to the old dog cemetery.

If you take a visit here, we’d love to see your pics and let us know what you think of the places we mentioned.