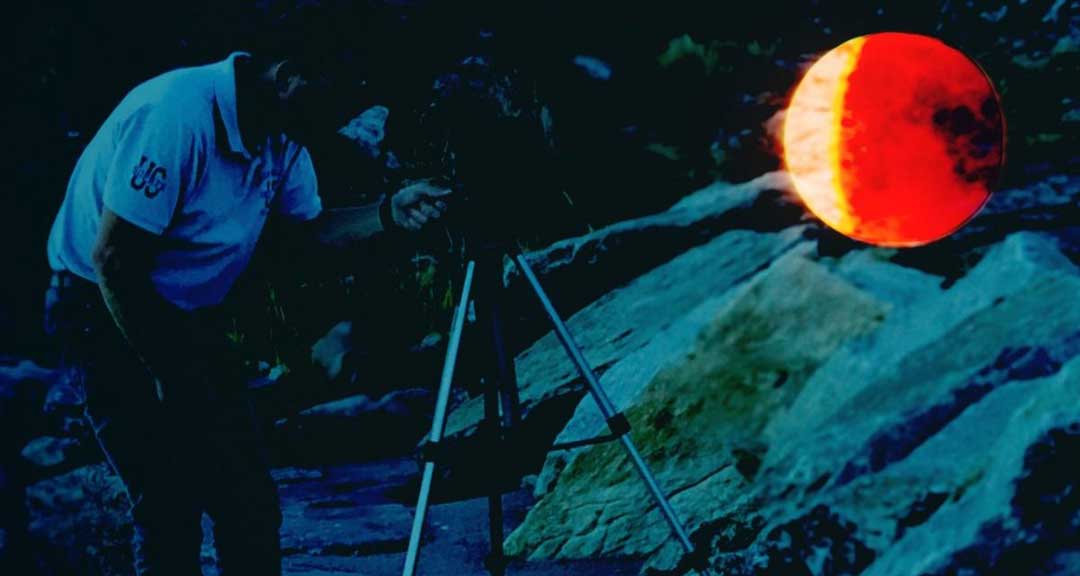 With a growing interest in photography, I knew it was time to purchase a proper camera. I researched carefully and quickly decided that a mirrorless camera was a good travel camera and a better option than a DSLR for me.

What camera did I settle on?

It wasn’t a full-frame but the little pocket rocket e-mount Sony Alpha 6000 known as the Sony a6000, with its 24MP APS-C sensor. 📸 Check out on Amazon Here 📸

It was compact, had an unbelievable 11 frames per second, and was packed full of features at a very reasonable price.

Buying the bundle which included the Sony a6000 with these two kit lenses: the 55-210mm telephoto lens and the 16-50mm zoom lens, was the most cost-effective way to go. Throw in a couple of extra batteries, a battery charger and a memory card and I had all the photography gear I needed to get going.

Photographers seem to have their own particular genre of photography that they enjoy shooting whether that be portrait, landscape, Astro, macro or wildlife photography… the list goes on.

Really, I was keen to try it all, but tonight would be my first attempt at Astro or moon photography to be precise.

Here I was in Norway, awaiting the rise of the blood moon over the iconic Vikeholmen lighthouse in Skudeneshavn.

EQUIPMENT FOR SONY A6000 MOON PHOTOGRAPHY

For this shoot of the Blood Moon, I was using the Sony a6000 with the telephoto SEL 55-210 lens on a borrowed tripod. Ok, the 55-210 is no super-telephoto lens but it should get some passable results.

I also unleashed my Samyang 2.0/12mm for a couple of test shots just on sunset for practice purposes then put it away as the wide-angle lens wouldn’t’ give the good close-up shots of the moon that I wanted.

I was using a wireless shutter release and relying on the sony a6000 back LCD screen to follow the moon and ensure it was always in the frame as it moved across the sky.

The plan was to keep the lighthouse in the frame for all of my shots as a front-lit subject and move the tripod head and camera horizontally.

HOW TO PHOTOGRAPH THE MOON – FOREGROUND AND MOON TRAJECTORY

I didn’t want just moon shots in the final image. I was aiming to have something interesting in the foreground. So I scouted out an interesting location with minimal light pollution.

I then needed to know where the moon was going to rise above the horizon so I checked out the MoonCalc website which gave me the all-important azimuth and elevation values of the moon.

Once I knew this, I was able to plan the foreground composition so that the moon would pass above this foreground subject. The Vikeholmen lighthouse I had chosen would work perfectly.

HOW TO USE THE MOONCALC GRAPH

With the MoonCalc website open. Add your location and date to the table at the top left. The table will automatically update the moon information (Rise, Culmination, Set, Distance). These values will be fixed for the day you have selected and shown as different coloured curves on the map.

Now what you are able to change is the hour of day slider located at the top of the map. Shifting the hour-of-day slider gives a corresponding Moon Azimuth and Moon Altitude value. It’s important to note that the Moon’s Altitude value must be positive value otherwise the moon will be below the horizon.

From the below image, the azimuth is about 140 degrees with an elevation of 3.5 degrees at the hour-of-day slider value of 2300 hrs.

The Moon Azimuth is measured as an angle from 0 to 360 degrees (N, S, E, W) and Moon Altitude from -90 to +90 degrees. What we are interested in is the azimuth value where the moon rises just above the horizon. This is the direction we want the camera to be facing including the foreground subject.

With a full moon and few clouds, there was going to be plenty of light about. The plan was to keep the ISO low, let the focal length float between F8 to F13 and play with the shutter speeds. With low ISO, I should have improved the dynamic range in the images to capture more colour.

I would manually focus on the lighthouse (about 500m away), using the camera focus magnifier to fine-tune the setting and after gaining focus, make sure that I didn’t move the manual focus ring on the lens. Ideally, I would have taped the focus ring down but I’ll remember that for next time.

Not sure about manual focusing?

Take a look at this video by Jason Vong.

The tricky part would be getting the correct exposure for the images as the moon transitioned from a dull blood colour with only a little reflected light into a full moon reflecting a whole lot more light. Juggling the focal length/aperture and ISO would be key here.

Although my camera has multi-metering which would show an underexposed shot due to the dark sky, I would be controlling the exposure in manual mode.

FIRST GLIMPSE OF THE BLOOD MOON

The predicted time of moon-rise was 10:05 pm but it teased us by making a late, grand entrance at 11 pm.

Over the next two hours, we watched the moon transition through its lunar eclipse. Even Mars shrugged off any initial shyness to join us on this auspicious occasion.

If you look at the image below then just to the right of the house is a small red-ish speck of light — that’s Mars.

WHAT I’D DO DIFFERENTLY — SONY A6000 MOON PHOTOGRAPHY SETTINGS

If you have any tips or techniques that work well for you, then I’d be really keen to hear about them in the comments section below. You never stop learning about photography and it sure is an interesting and fascinating journey.

I have now retired my Sony a6000 and added a new filly to the stables, a Sony a7III. It’s fair to say that this camera is a workhorse in any situation and comes at a reasonable price. What particularly attracted me was its low ISO wide dynamic range, great auto-focus speed, fast frame rate burst shooting and a large number of auto-focus points covering 93% of the sensor.

A great camera is not complete without a great lens: the Sony FE 200-600 f5.6/6.3 G OSS lens. This internally focusing lens is not a heavyweight by any means weighing in at 2.1kgs and once you add in the weight of the camera, a little over 3kgs.

I decided to invest in a Peak Design carry strap which I attach to a couple of Peak Design anchor connectors via a 3/8″ D-ring screwed into the Kirk Replacement footing on the lens. It means I carry the lens and camera upside down but it is very comfortable and easily accessible.

I found that hand-holding the lens with the original Sony footing did not give me enough purchase on the footing itself making it quite unsteady.

The additional length of the Kirk footing, therefore, gave me the added purchase to steady the lens which also helps when I need to use the manual focus ring and hold the lens with the same hand. The Kirk footing is also dove-tailed which means it can quickly mount directly to the tripod clamp.

I invested in a 3/8″ D-ring which I screwed into the base of the Kirk footing with a bit of Loctite. I found that the 1/4″ hole on the Kirk was too far forward and didn’t give enough purchase when mounted on my Manfrotto tripod.

The neoprene cover on the lens is made by LensCoat.

This image was captured hand-held at the maximum focal length 600mm, ISO 640, shutter speed 1/1,600 using Spot Metering, DMF (direct manual focus) and then processed in Lightroom. Mode 1 was selected on the Sony lens.

This camera/lens combination is brilliant during bright daylight and I have to say that I am more than pleased with this nighttime result.

The three images then underwent an HDR merge in Lightroom. Manually focussing on the moon at a focal length of 600 mm with the telephoto lens, whilst mounted on the tripod, was the most challenging part.

Even though the Manfrotto tripod has a 6kg load rating and the camera + lens is about 3 kg, just my touch when manually focussing the lens, induced wobble which made sharp focusing difficult.

I believe the below image could be better, but this was the best of my shots.

This image was captured at 20s exposure, f/1.8, ISO 1600 in our backyard as you can tell, there is no stunning foreground. The APS-C lens achieved a natural vignetting on the image and Lightroom was used to fine-tune the image.

Here are the before and after images.

I’d have to say that using Lightroom to tweak the image was a challenge but the end result is passable.

Do you have any tips or tricks you swear by? It would be great to hear about it.

Check out more of our Photography in our ETSY Store here.

YOU MAY ALSO ENJOY READING