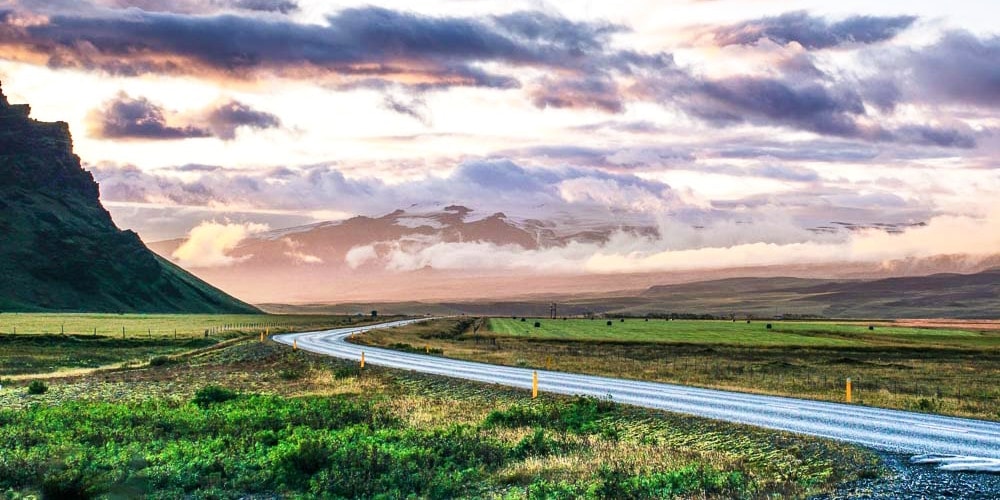 This is a summary of all the amazing and most typical attractions we saw on our 14-day September Iceland Itinerary. If you want to read about these in detail then head over to our Iceland 2 Week Itinerary. The routes follow the main Iceland driving routes, including the Golden Circle, The South Coast Rote and Iceland’s Ring Road.

READ MORE: For Full details of our Iceland 2 Week Itinerary

You might want to consider these additional tours, activities and attractions:

Click on the map to have a better view of the listed attractions with their names. These locations are all indexed on the left side of the map above and also described below:

THINGS TO DO IN ICELAND IN SEPTEMBER

FESTIVALS IN ICELAND IN SEPTEMBER

The two seal species that live permanently on Iceland’s shores are the harbour seal and the grey seal. It’s also not uncommon to have visits from the ringed, hooded, bearded, and harp seals as well as the occasional walrus.

They can be spotted around all around the Iceland coast but the Westfjords, Jökulsárlón glacier lagoon, Snæfellsnes Peninsula and Vatnsnes Peninsula will give you the best options for seal spotting.

We saw seals at all of these locations.

Arctic foxes are Iceland’s only native land mammal and are found all over Iceland. Their main habitat is in the remote northern Hornstrandir Reserve.

There are two types of Icelandic Arctic Fox, the blue Arctic fox and the white.

From April to September in Iceland is a great time to watch the migrating whales.

Husavik, a town on the northern coast, is the best place to be.

What took us by surprise was the friendliness of the Icelandic horses. Not only are they inquisitive but they seem to enjoy human company. There are plenty of opportunities to stop by the side of the road and walk up to the fence to pat these friendly equines.

Icelandic horses are quite small in stature (around 1.4 metres tall), but are well-suited to the Icelandic conditions.

A strict policy is in place in Iceland to prevent the import of diseases — once an Icelandic horse is taken abroad, it can never return.

There are plenty of opportunities to go horse riding, and you could even consider joining the annual sheep and horse muster throughout September.

Now for something you might not like to hear. Eating horse meat has long been a tradition in Iceland and continues to this day. It’s not uncommon to find it on menus. We didn’t try horse meat but at least you know you can try it if you are interested.

The main concentration of reindeer is in eastern Iceland, with numbers topping 3,000. It’s common to find them around Snæfell. The herds’ numbers are carefully controlled so that over-grazing is avoided as well as ensuring that Iceland’s sheep population have enough grazing land.

This blackbird has mystical ties to Iceland’s old beliefs and can be found all over the country.

Along with ravens, other bird types are found in Iceland, such as Arctic terns, sea eagles, ducks, geese and swans.

If you visit Iceland in September you are extremely likely to come across these birds.

Fulmars, which look a little like seagulls, but have a tubular piece on their beak, will not only be seen on cliffs but also dead on the roadside. You may also see them helplessly flapping around on the ground.

This is because fulmars are renowned for eating too much as chicks. As a result, they then become too heavy to fly and either flap around on the ground or float on water until they lose weight and can fly …or perish.

Over the two weeks that we were in Iceland in September, we saw hundreds of either dead or floundering fulmars.

Interestingly, Fulmars are a source of food in the Faroe Islands, with annual harvesting of the helpless overweight birds in late August and September.

Whilst on a hike we came across this fulmar who we thought was injured as it couldn’t fly. We were going to take it to the local museum to see if they knew of somewhere we could take it for help. That was until we came across four more fulmars in a similar situation and realised that we couldn’t save them all!

We later found out that this is a common problem and the fulmar chicks are just overweight and too fat to fly.

WHAT YOU LIKELY WON’T SEE IN ICELAND IN SEPTEMBER

The island of Akurey, approximately 1.6km from Reykjavík’s Old Harbour, is where thousands of puffins temporarily call home over the summer breeding months. We visited a thriving puffin colony in Wales and also saw quite a few puffins on Handa Island off the west coast of Scotland, and these attractive and distinctive coloured birds are a joy to watch.

The puffins, however, arrive in Iceland in April/May and depart in late July and the beginning of August. Therefore, don’t expect to see puffins in Iceland in September.

Very occasionally polar bears arrive in Iceland from Greenland, but if found, the authorities will organise for the bear to be shot due to their aggressiveness towards humans.

WHY VISITING ICELAND IN SEPTEMBER IS A GOOD DECISION

There are always pros and cons of travelling in any season. However, there are many great reasons for choosing to visit Iceland in September.

It’s worth mentioning that some businesses are closed outside of the June-August summer period so it’s worth checking ahead of time.

Here are some important points to be aware of when driving in Iceland on your September itinerary :

There are five different road categories in Iceland:

The map below shows both the paved (in black) and gravel (in yellow) roads which can help you plan where to drive when you have hired either a car or a 4×4.

If you hire a normal car (non-4×4 vehicle) then you’ll want to stick to the paved roads but don’t worry, you won’t miss out. We hired a normal non-4×4 car and saw everything we planned to see.

‘F’ roads can only be travelled with a 4×4 vehicle. The F’ roads in Iceland are often narrow, rough, gravel roads crossing mountains that require vehicles to drive through the unbridged rivers.

Most of the ‘F’ roads are located in the wild highlands or the central area of Iceland.

Looking at a map, the road will be annotated with an ‘F’ in front of the road number. Most of the roads that give access to the majority of the natural attractions are not ‘F’ roads, meaning that you can just hire a normal 2-wheel drive car.

That is what we did.‘

F’ roads are only open during the summer with the opening date of each road determined when the snow clears. Find the opening dates for the different roads here at road.is.

There are generally no toll roads in Iceland, however the 10.5 km Vadlaheidargong Tunnel, in the north of the country, costs a fee of ISK1000 or roughly €6.50.

You can avoid the toll on Road 1 and take the alternative route, Road 83/84, and also enjoy the 26 km scenic views over the mountains and above the Eyjafjörður fjord.

BOOK YOUR RENTAL CAR OR MOTORHOME IN ICELAND

We hired a car through Rentalcars.com and selected a package that included:

Our plan to drive the sealed primary roads, over the next 14 days while circling Iceland, would not include any of the Highland roads.

♦ You can choose to search for the best car rental deals through Discovercars.com.

♦ Look for a motorhome or campervan rental. We highly recommend Motorhome Republic as they search for the best deals. We know first hand as they facilitated the hire of our campervan when we Campervanned through Europe for a year.

Some points to keep in mind when renting your vehicle:

TIP: ↓ Don’t drive on the volcanic sand beaches without a 4wd ↓

VIDEO – WHAT TO EXPECT ON THE ROAD WHEN DRIVING IN ICELAND

For the driver, it’s always nice to know what you can expect on the roads whether it’s road signs, one-way bridges, road conditions etc. We’ve included some short clips to help familiarise you with driving Iceland in September.

HANDY WEBSITES FOR YOUR ICELAND TRIP

Accommodation prices in Iceland are much better in September compared with the peak summer months.

We used a combination of Booking.com and Airbnb to find the best bang for bucks with the cheapest deals that included breakfast. We then used the breakfast food to also make our lunch for the day which helped with the savings.

Our bookings for both the car and accommodation were all in place six months before our intended travel date, which gave us better pricing and also more choice.

WHAT TO WEAR IN ICELAND IN SEPTEMBER

Needless to say, the temperatures are not balmy during September, ranging from 5 to 10°C. It may be cold or wet. Layering is the best way to go. We packed waterproof trousers and jacket, thermals, down jacket and woollen gloves. I’d say for about 85% of the time, we were pretty well rugged up.

The only location in Iceland where we really felt the temperature drop, was around Diamond Beach and the decision to pack the cold weather gear paid off.

A must-have is either waterproof hiking shoes or boots. The standard non-waterproof sneakers or trainers, once wet, make for a miserable time when you’re wearing them the whole day.

The beanie is definitely the way to go and there are myriad options to suit.

Another option to consider is a waterproof backpack or a backpack that at least comes with a waterproof cover. This will keep your important items such as passports etc nice and dry.

Touring Iceland in September is a great decision. There’s much to see and Iceland is an easy country to travel in. Icelandic people are super-friendly and the landscapes are phenomenal. Factor in that much of Iceland’s fabulous attractions are within easy reach and making Iceland perfect for a September visit.

We’d love to hear about your favourite places to visit in Iceland and remember to ask us anything that you think we may be able to help you with.